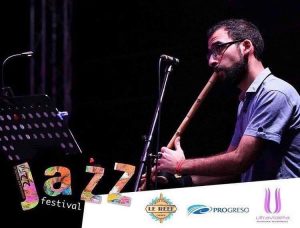 A Palestinian Flutist, Music therapist, and Composer. Faris is known to his mastery of the ancient flutes “Nay”, and despite its simple form, he is on a mission to unlock its maximum potential. Faris is a Graduate from “Global Jazz” Master program at Berklee College of Music, and there he was able to incorporate the flute to adapt to the challenging and diverse environment of the program.
His contemporary performance approach speaks of a wide range of vocabulary and techniques, in which he gained by playing Jazz and Indian Classical Music. His sound comes from a deep understanding of the Multiphonics, sound effects, and percussive playing, in which he blends with his compositions influenced by Arabic, Jazz and World Music. His upcoming album “Tripolarity” will be released this Summer.